Supremo and RDP (Remote Desktop Protocol) can interact in a complex and troublesome way. You may need to access via RDP a machine where the Supremo Service is installed and, when you try to launch Supremo from the RDP session, you get a message like this one:

Probably you’re asking yourself what’s happening.. you can’t open Supremo from a RDP session but if you try to access the machine via Supremo it works like a charm. Really weird.

Let’s explain how Windows sessions work and how you can get control of Supremo in just a few steps.

How Windows sessions work
For Windows, each program running in your PC/server is a process. Each process has a session ID that may be 0 or higher.

At the 0 level, we have all the services. The SupremoService.exe executable runs there.

The Supremo.exe executable, responsible for all the Supremo functionalities, runs under the console session that may have ID 1 or higher. In our example its ID is 1. 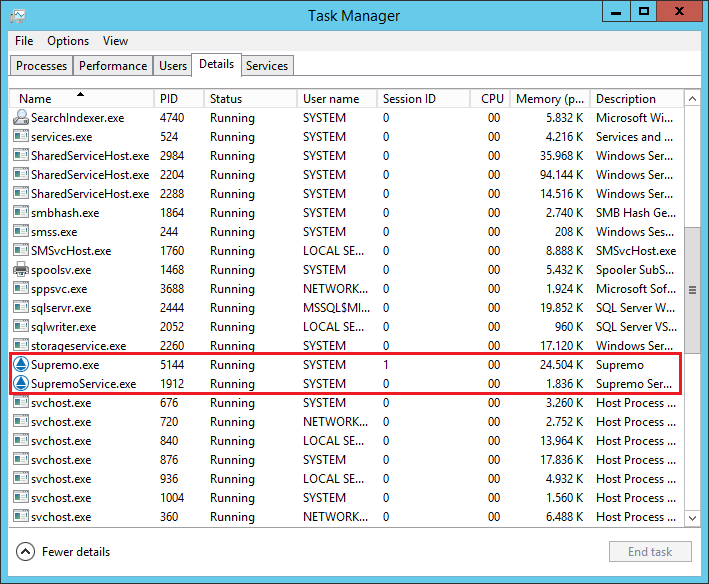 Running under the console session allows Supremo to interact with the Windows logon screen and that’s quite important.

If you connect with a RDP client to a Windows machine with the SupremoService.exe installed, RDP will run under a different session (probably ID 2, like in our example). When you double-click on the Supremo executable you receive the message because of two causes:

Ok, I understand what’s happening.. but how can I fix it?
First of all, you can still access the remote machine with Supremo because it’s running and the ID remains the same whatever its session ID is. But maybe you need to manage Supremo from the RDP session for some reason.

To do so you need to stop the SupremoService.exe from the Task Manager like showed in the screenshot below: 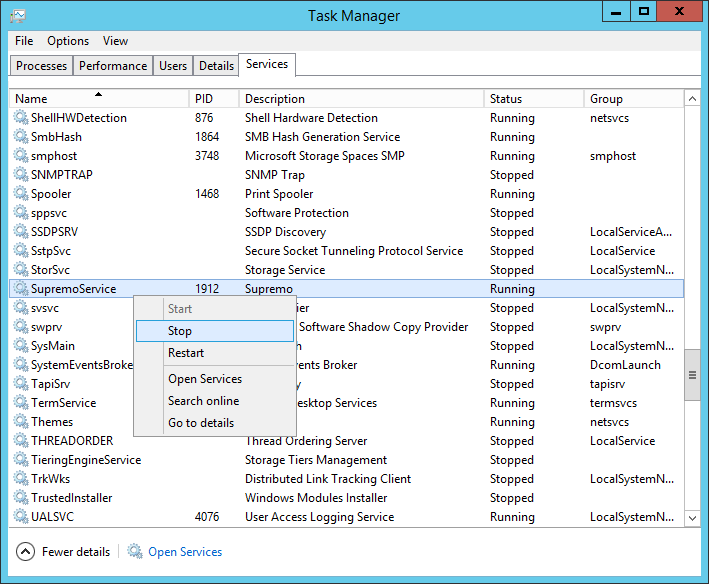 Then terminate the Supremo.exe process: 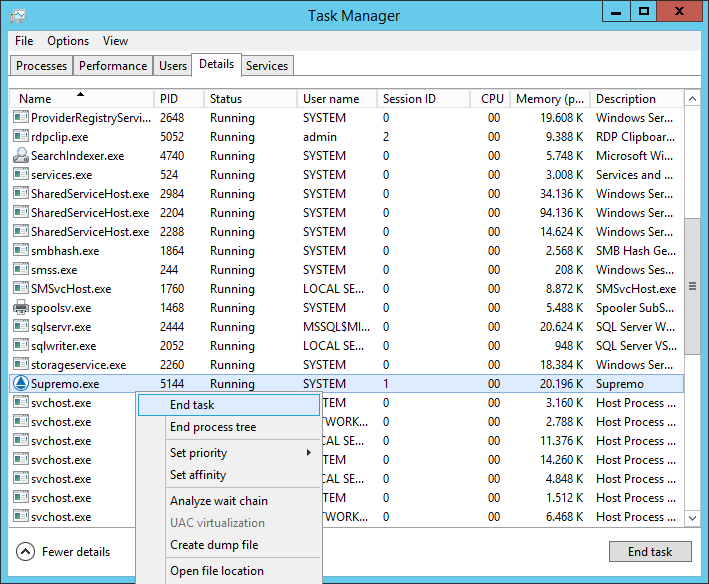 Launch Supremo again, now it will run under your session ID: 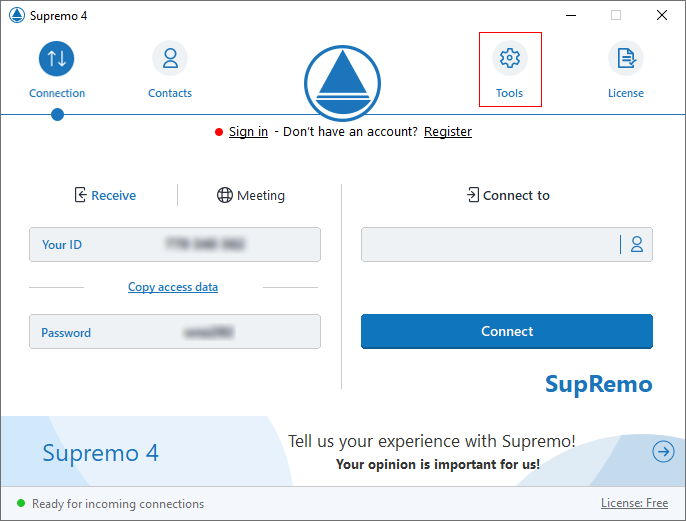 It’s time to restart the service: 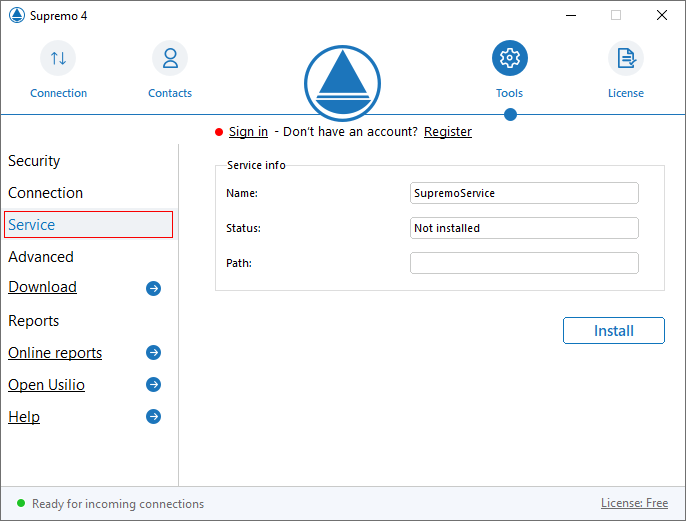 Becoming a SupRemo reseller is easy. Access the benefits to support the growth of your business.

Becoming a SupRemo reseller is easy.

Access the benefits to support the growth of your business.